What is Gamification in ITSM?

Gamification is defined by the Oxford dictionary as, “The application of typical elements of game playing to other areas of activity, typically as an online marketing technique to encourage engagement with a product or service”.

It is mainly about application of the elements of a game to activities which are not game-related in nature in order to raise the interest level of the participants by turning a mundane task into a fun activity. It does this by bringing game mechanics such as point scoring, competition, levels, badges, rules of play and achievements into play, thus transforming the job completely.

Gamification is based on psychology. It depends on the tendency of humans to seek challenges, instant rewards, competition and the need to play better than the other players. It has been discovered that Gamification can be a powerful tool which can be made use of in order to drive behavior.

A survey by Entertainment Software Association has discovered that the average age of gamers in the US is 35 for men and 44 for women. This shows that a large number of people in a broad ranging age group still are involved in some form of gaming. Gamification thus is not a fad which targets only the young demographic, but is also effective on the older population as well.

Presently, Gamification can be applied in the daily tasks of an employee, because of the technology available to support it. There are factors such as human motivation, costs involved and the ability of the process to provide the desired results. There are 2 types of motivation:

Example: An organization can offer a monetary reward for the developer who rakes up the maximum points in a contest where they are all finding faults in the company’s website.

Example: An employee who enjoys the challenge of finding bugs in a computer program and enthusiastically does it in the hopes of being noticed for dedication towards work.

Gamification mainly consists of game mechanics and game dynamics which are the key to understanding how business objectives can be mapped to supporting behaviors in a mechanism which will be effective.

It consists of the mechanisms, rules, tools and techniques which are used as the currency of gamification. They are the structures needed to motivate users, trigger activity, drive engagement and change behaviors. 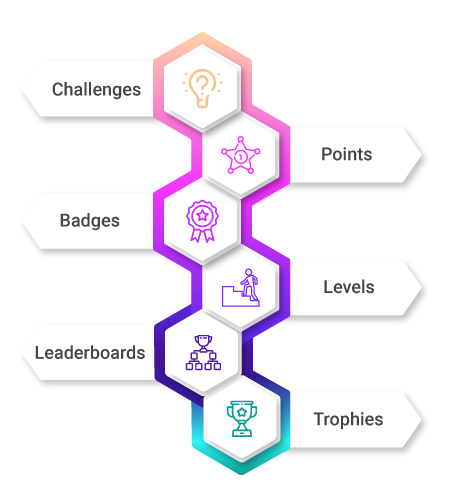 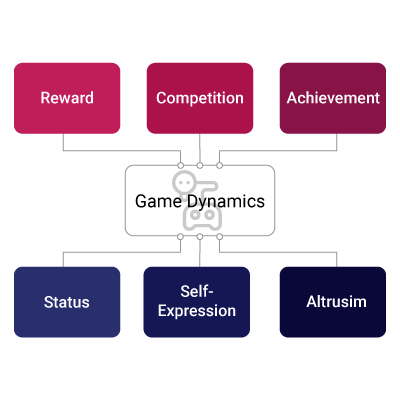 Procedure to set up Gamification in ITSM

Keeping the different factors for motivation in mind, these procedures must be followed to design a gamification process. 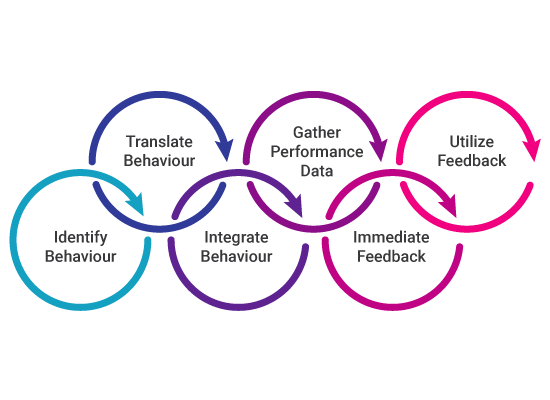 Benefits of Gamification in ITSM

In ITSM, the IT Service Desk can be greatly benefitted by the implementation of gamification. This is because it is in a unique position which allows it to identify the opportunities for service improvement and innovation, through its constant interaction with a wide customer base.

The following benefits are provided by gamification to IT Service Management:

Let us consider the following scenario:

In the IT Service Desk of an organization, the engagement is low even though all the staff is regular to work. This is mainly because of the large number of repetitive tasks which were being handled by them, making them bored and unmotivated. This leads to burning out of the staff and lowers productivity.

The solution for this mundane and repetitive work is to plan out a game model for the service desk by introducing points, skill badges and a leaderboard in order to provide incentives for achievements and provide instant feedback to analysts.

Thus by simply gamifying a boring job, the productivity of the company can be increased without actually making any changes to the actual job. This results in greater benefits over the long-term for the organization and keeps the employees well-motivated.