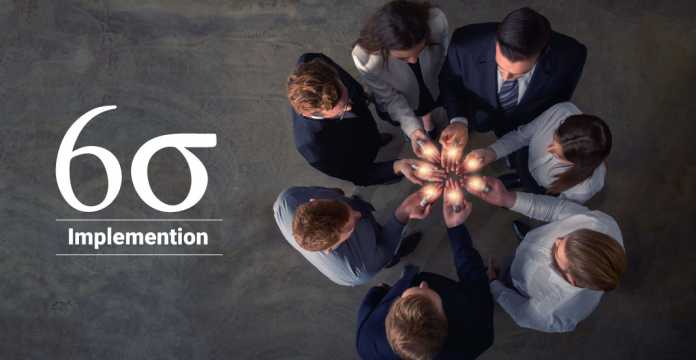 Six Sigma is a creative and flexible series of methodologies aimed at improving organizational process quality and effectiveness. This blog on Six Sigma examples will explain a few use cases of Six Sigma methodology. Business today requires companies to be operational at maximum efficiency and effectiveness. The competitive markets mean everyone is looking to distinguish themselves and offer better products and services. A sustainable way to introduce better business practices is by changing your approach fundamentally.

Companies are built to achieve corporate goals. The methods to achieve them are plenty and streamlined by management for incorporation. The concepts of optimization, minimizing waste, and maximizing productivity are strongly incorporated into the foundation of Lean and Six Sigma principles.

These business models are conceptual and can be adapted to any industry or business environment. All you need is a guided professional and a willingness to convert your better business practices into the best possible. In this article, let us explore some Six Sigma examples and success stories.

What is Six Sigma?

The definition of Six Sigma has been under much debate. It can be broadly classified into four concepts:

A Philosophy – Six Sigma is a school of thought that views workflows and activities as processes that can be expounded, quantified, analyzed, bettered, and monitored. It states an input is required to produce an output. Therefore, exercising control over the input gives you a firm hand in managing output. It is sometimes expressed in the equation y=f(x) where x stands for the input and y for the output.

A Set of Tools – Six Sigma comprises controls such as qualitative techniques and quantitative tools used to improve business capabilities internally. Six Sigma tools include SPC (statistical process control), FMEA (failure mode and effects analysis), and control charts. Professionals who deal with Six Sigma explain that tools are continually evolving and are not set in stone.

A Methodology – Six Sigma is considered to be a derivative of the DMAIC approach. DMAIC is a data-centric improvement method that operates cyclically. It revolves around Defining, Measuring, Analyzing, Improving, and Controlling. This principle drives Six Sigma users to begin by understanding the existing problem and implementing long term solutions.

A Metric – When assessing Six Sigma as a metric, it is defined as 3.4 defects per million opportunities.

Six Sigma, in its simplest form, reduces the possibility of variation in production. The objective is to have a firm grasp on the production process. Lean Six Sigma is a term often associated with Six Sigma. Lean methods are used to minimize wastage during production; this includes time and resources spent on processes that do not directly contribute to better output from activities. Lean Six Sigma is a philosophy that brings together waste minimization and production optimization. It improves customer satisfaction by removing unnecessary processes and waste, creating better workflows, faster output, and possibly a competitive advantage. To attest to the importance of Six Sigma, in the next section of this article, let us explore some Six Sigma examples.

Six Sigma can be implemented in a number of strategies, however there are two baseline options provided to all organizations looking to make the transition;

Organizations can introduce a fundamental revamp across the organization through a Six Sigma program. Expose employees to better practices and conditioning by introducing the fundamentals and allowing a professional to understand what Six Sigma is and what it helps with. It is important to note that it is mostly an information transfer that happens during Six Sigma training. It is up to the business to adopt the methods to the organization and its practices.

Creating a Six Sigma infrastructure can be quickly moved along by introducing certified professionals into your organization. Often called “Black Belts”, they move into your business for a period of four weeks to four months and begin teaching your business how to adapt the strategies to your activities. Creating the infrastructure creates a firm guideline to make changes to operations and corporate culture.

Now let us look into some interesting Six Sigma examples and success stories.

There are several organizations across various industries that have adopted Six Sigma practices to great success. High profile clients include;

The American multinational was struggling to improve overall product quality and service even with the best professionals onboarded. After running a six sigma method trial, the company was able to introduce better-streamlining measures into product assurance. As a result, revenue increased.

This Indian based technology behemoth was the industry frontrunner for consumer goods. However, their customer service was less than satisfactory. Enter Six Sigma. Over time the methods were used to neutralize threats and create a better experience for clients.

We all know and love the technology giant that gave us Windows and Office. A contributing factor to the success behind their service and products is Six Sigma. The industry leader has made it no secret that Six Sigma methods have enabled better back-end processes and, as a result, better user experience. It acts as a case in point for companies looking to transition into Six Sigma practices.

The telecommunications company was one of the first to implement six sigma methods. As a trial, the company implemented Six Sigma to assess the impact on improving product quality and streamlining the transition between services to revenue. The positive results created better company-wide performance and permanent incorporation.

One of the world’s largest aerospace companies was having issues with air fans within the engines. Unable to pinpoint the exact problem, a group of experts were called in to investigate. They deduced the problem stemmed from FOD (foreign object damage). Upon more in-depth inspection using Six Sigma methods, they could trace the problem to a more fundamental manufacturing issue causing electrical issues along with the FOD.

Practically, the application for six sigma methods can be seen across any organization attempting to create better output. Introducing better control measures for various parts of the production process helps produce desirable results.

The beauty of Six Sigma methods lies in their ability to adapt to different environments. The increased efficiency and effectiveness are tangible in the success stories of industry giants implementing Six Sigma to success. Add to the real-life Six Sigma examples of by introducing skilled professionals or the Six Sigma infrastructure to your organization.

The enterprises usually divide their workforce depending on the hierarchy to get their employees trained in different Lean Six Sigma training programs in Yellow Belt, Green Belt, Black Belt, Master Black Belt, and Six Sigma Champion. To get a better understanding of which Lean Six Sigma course benefits the most for you or the team, check out some of the popular courses below to get a comprehensive understanding of the same:

A Brief Introduction to DPMO Metric in Six Sigma