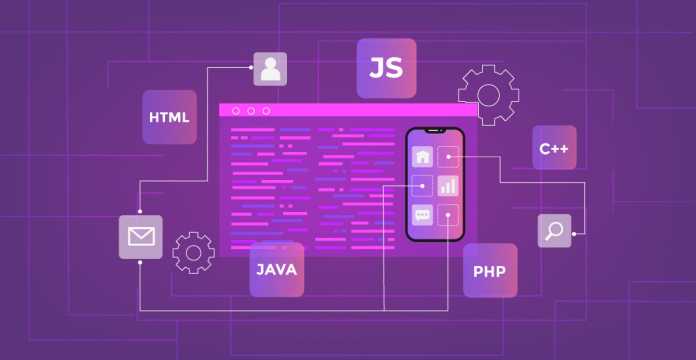 DevOps describes a business philosophy that combines development capabilities with operational execution. The objective is to optimize market delivery with products of the highest quality produced with minimal waste. There is a huge demand for DevOps professionals with relevant skills, one of them being a programming language. In this article, let us explore the top DevOps programming languages.

With the growing requirement for concentrated yet flexible skill sets, picking up a programming language can be a necessary addition to your repertoire. With an increasing number of coding languages, picking what works in DevOps environments can be difficult. However, there are ten options at varying levels of ease that you can learn to add to your corporate value.

Python is the most commonly used coding language and is the first language programmers learn more often than not. It is perfect for DevOps use due to the following reasons:

Additionally, Python can assist with maintenance issues with integrations like Salt and Ansible that offer strong monitoring and deployment capabilities.

Ruby is a higher level programming language but easier to understand when starting from scratch.

Perl is a high-level programming language that offers enhanced stability and cross-platform programming.

C/C++ is a traditional programming language that has been in use for over fifty years and acts as the foundation for technology as we know it today.

Go entered the market in 2009, around the same time, the concept of DevOps began making rounds

The Java coding language has been around for years and is frequently used. It possesses the ability to be operational soon after the code is complete. Its versatile nature makes it the ideal model for platform creation.

SQL or Structured Query Language is a coding language primarily used for storing, manipulating and data queries in relational databases.

With a growing number of programming languages with varying capabilities popping up, it is crucial to understand what benefits and maximizes DevOps roles. The must know top DevOps programming languages span across new entrants and well-established languages. Understand what you are building to pick the right tool for your organization. However, if you are looking to enhance your skillset for future use, be sure to pick up more than one language.

In addition to fine-tuning your skills, getting a relevant DevOps Certification can help you advance in your career. Some of the popular DevOps courses that professionals and enterprise teams can take up are:

DevOps vs Agile – Explained in Detail