Home DevOps What is DevOps? How are Enterprises using it? 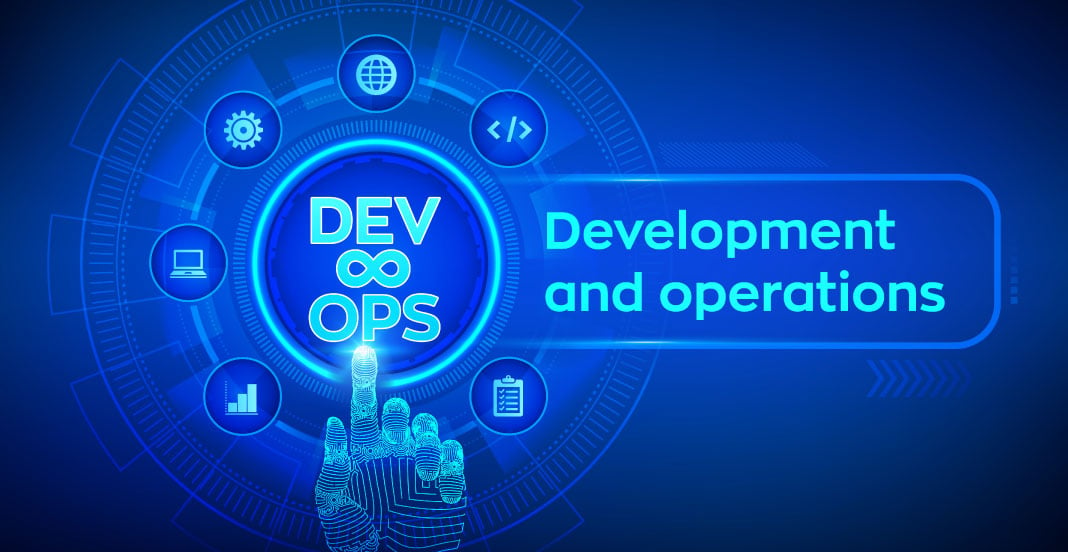 Even as the DevOps methodology continues to grow in both big companies and startups, there are still a lot of questions about what exactly DevOps is. Is DevOps culture, a change, a proposal, a philosophy, or some amalgam of any of these things? Or does DevOps mean different things to different people?

However, you define DevOps, there’s no doubt that efficient adoption of the methodology provides great results. In fact,  a study conducted by Grand View Research Inc. shows that the DevOps market size is expected to reach USD 12.85 billion by 2025 with an 18.60% CAGR during the forecast period.

In this article, we have provided an in-depth guide about everything you need to know about DevOps and how enterprises are using it. Following are the topics covered in this blog:

DevOps is the blending of cultural philosophies, systems, and tools that increases an organization’s capacity to deliver applications and services at high speed: growing and developing products at a faster pace than organizations using traditional software development and support management processes. This speed allows organizations to serve their customers better and compete more effectively in the market.

Under a DevOps system, development and operations teams are no higher “siloed.” Sometimes, these two teams are mixed into a single unit where the engineers work through the entire application lifecycle, from development and analysis to deployment to help, and develop a variety of skills not restricted to a single function.

In some DevOps principles, quality insurance and security teams may also grow more tightly combined with Development and operations and during this application lifecycle. When security is the heart of everyone on a DevOps team, the term used to define this method is called DevSecOps.

These organizations use systems to automate rules that historically have been standard and passive. They practice a technology pipe and tooling, which help them operate and evolve applications speedily and reliably. These tools also help engineers freely accomplish tasks, for instance, deploying code or provisioning infrastructure that generally would have needed help from other teams, and this additionally increases a team’s speed.

The Origin of DevOps

DevOps is the family of agile software development – born from the necessity to keep up with the developed software velocity, and throughput agile methods have completed. Progress in agile culture and practices over the last decade revealed the need for a more holistic way to the end-to-end software delivery lifecycle.

What is Agile Software Development?

While each of the agile methodologies is different in its particular way, they all share a shared vision and core values (see the Agile Manifesto). They all necessarily incorporate repetition and the continuous feedback that it provides to refine and deliver a software system successively. They all require continuous testing, continuous planning, continuous development, and other forms of the continuous integration of both the plan and the software. They are all lightweight, mainly related to traditional waterfall-style processes, and inherently flexible. And what is most remarkable about agile methods is that they all concentrate on enabling people to collaborate and make choices together quickly and effectively.

What issues led to the introduction of DevOps

Before DevOps application development, teams were in command of collecting business requirements for a software program and work code. Then a separate QA team tests the program in a different development environment, if conditions are satisfied, and delivers the code for operations to expand. The deployment units are further fragmented into siloed teams like database and networking. Each time a software program is “tossed over the wall” to an autonomous organization, it adds bottlenecks. The difficulty with this model is that when the teams work individually:

DevOps approaches these challenges by building collaborative cross-functional teams that share accountability for managing the system that runs the software and developing the software to run on that system with improved quality feedback and automation problems.

One thing is clear: IT professionals that have embraced DevOps successfully tend to be raging fans. It’s not hard to see why given the innovations cited in a study by Puppet Labs:

From early-stage startups to 100-year-old businesses, DevOps is making notable incursions into IT organizations everywhere. One study shows that 74% of companies have achieved DevOps in some fashion.

What kinds of companies are adopting DevOps? While web-native “unicorns” like Etsy, Facebook, Amazon, and Netflix are oft-cited cases of DevOps managers, today every kind of business has grown in the DevOps act. Mainstream media company Sony Pictures, financial services behemoth Barclays Bank, and construction products maker USG are some of the other DevOps success stories in the news.

Surprisingly, possibly, enterprises are driving the charge with 81% reporting that they are using DevOps somewhere in their organization. Small and medium-sized businesses (SMBs) are also getting the benefits of DevOps, with 70% saying they are practicing it. Significantly, there’s lots of data showing that company size by itself is no predictor of DevOps success.

Even government and quasi-government organizations are adopting DevOps. Take Fannie Mae, for instance, which is practicing DevOps to change its business and move from an organization that “does change very gradually to one that changes very quickly.”

A decade into this diverse DevOps experiment, the data is clear: DevOps is here to stay and for some excellent reasons. Many thought it difficult, but DevOps has resulted in integrating business users, developers, test engineers, security engineers, and system administrators into a single workflow concentrated on meeting customer requirements.

Gains like these, however, don’t come quickly. To successfully deploy code more often while keeping your systems sounding, you need the ability to monitor all the changes going on in your environment accurately.

If you want to integrate DevOps effectively into your organization, individuals and enterprise teams can consider enrolling in some of the popular DevOps Courses mentioned below and make the most of this methodology.

Some of the popular industry-recognized DevOps courses are:

Best practices to use DevOps in Cloud

Essential Skills and Qualifications to become a DevSecOps Engineer