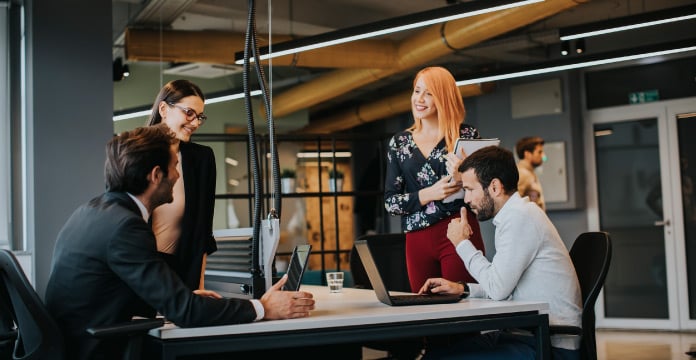 In today’s dynamic business environment, achieving gender equality is considered to be an essential factor for the competitiveness and growth of any organization. To create an inclusive and dynamic economy, it has to be ensured that everyone has got an equal opportunity to succeed. Gender inequality in the workplace has plagued the global economy for many decades; if it is not addressed by integrating women as an integral part of the workforce in general, it loses out on the skills, ideas, improved decision-making, and perspectives that are essential to address the global issues and to harness new scopes and opportunities.
“Gender equality is more than a goal in itself; it is a precondition for meeting the challenge of reducing poverty, building good governance, and promoting sustainable development.”
So, how to promote gender equality in the workplace? Below mentioned are few ways through which employers can achieve the same.

It is an established fact that companies with better gender diversity ratios outperform those with the least. To start with enterprises can evaluate their company culture. Is it an inclusive place to work, regardless of gender? But, many companies across major industries fail to realize this because they are dominated by single-sex. As a matter of fact, most of the tech industry roles are usually filled by men, while support-oriented roles such as nursing are filled by women. But in both instances, the customers or patients are more diverse than the people who are attending them, where understanding their needs becomes difficult.
Increasing gender diversity via altering hiring practices can be done through:

It is a commonly mistaken belief that only men thrive in leadership roles and women are apt for support-oriented roles. These types of stereotypes form the base for gender discrimination at the workplace.
Individuals with the right attributes deserve a leader’s role. A great way to promote gender equality is by granting leadership roles for deserving candidates, irrespective of their gender. As per the latest “The Global Gender Gap Report – 2017” from the World Economic Forum, it states that women represent fewer than 50% of leaders in every industry analysed. And in some industries such as Energy, Mining, and Manufacturing, women’s leadership representation drops to just 20% globally. A better representation of women in leadership roles inadvertently improves gender equality at the workplace as more women will be hired across the board. Also, with a high number of women in leadership roles, there will be a higher percentage of female employees entering due to opportunities in career advancement and mentorship.

The concept of equal pay is an important element to consider in an organization. Pay should be reliant on job roles, and a regular pay structure needs to be introduced to improve transparency and to eliminate discriminatory pay rate issues. Altogether, decisions involving remuneration should be informed to employees prior to avoid any sort of misunderstanding. Contrarily, conducting an annual pay audit can be done to evaluate whether gender bias is taking place in an organization or not.
Companies across the globe should start taking steps to offer equal pay for women as they are no longer considered as a weak gender anymore. Even though both developed and developing countries have tried to address the gender inequality issue, yet the issue still persists in many SMB’s and as well as in global MNC’s.
According to a survey conducted in Canada, Germany, France, and the United Kingdom, Switzerland and Netherlands, the majority of the employed adults (nearly 87 percent) believed that both men and women should be paid equally. Then again, Americans (nearly 93 percent) concur to the point that both the gender should be paid equally.

Women, in general, find it difficult to reach their career goals due to lack of childcare support facilities in enterprises across the globe. Inadequate childcare support from companies contributes towards a drop in female labor force participation rates. According to the International Labor Organization (ILO) report, women perform 76.2 per cent of the total hours of unpaid care work, more than three times as much as men. In this regard, companies should come forward with childcare support and elderly care to help women and also to avoid high attrition rates amongst female employees.
To relieve the stress of working mothers and to make them achieve their career goals, paternal leaves should be provided for fathers, as it not only allows mothers to concentrate on their career, even fathers will get involved in the upbringing of the child. Work-life balance is considered to be a vital aspect of a healthy work environment, maintaining a proper work-life balance helps to minimize stress levels in the workplace.
According to Deloitte Millennial Survey 2017, enterprises which allow for flexible work arrangements have a positive impact on the overall work-life balance.

According to CNBC Survey, it is said that” one-fifth of American employees have experienced harassment at workplace.” It is of paramount importance to have a strict policy against workplace offences such as sexual harassment, racism, bullying, and more. Companies should ensure they provide strict punishment for such offences.
At any workplace, on an average one out of four women have been either physically or mentally harassed. It is the employer‘s responsibility to have a keen eye on these issues at an early phase and stop women from getting harassed. Employers should act immediately in such cases to ensure the culprit has been punished, and take necessary measures to help the victim in any possible way. Employers should take precautionary measures at the workplace to avoid such misdemeanors in the future. Ignorance towards such activities at workplace is a clear indication of gender inequality happening within the organization.

Gender equality can be achieved at the workplace, only when the employers, process owners, managers, and team leads have a broad and open-minded policy. If most of the departments within the enterprise are gender-biased, then it will surely affect the growth of the company in the long term. Employees should be appreciated based on their talent and performance, and not by the employer’s personal favorites.
Well, by no means this is a comprehensive list. These are some of the key points employers need to consider while promoting gender equality at the workplace. Consider current employees’ suggestions as well, as they can provide valuable insight into what is happening in the organization and check scope for improvement. 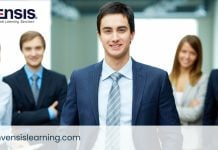 Tips to Grow in Your Professional Career 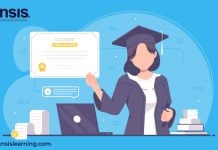 How to Choose the Right Professional Course After Graduation? 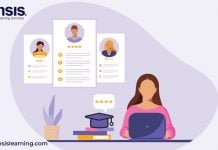 Essential Skills, Qualification, and Qualities of a Scrum Master

Read This Before Taking Your PRINCE2 F&P Course & Exam

What is Business Value and How It is Measured?

The 5 Scrum Values and Their Importance