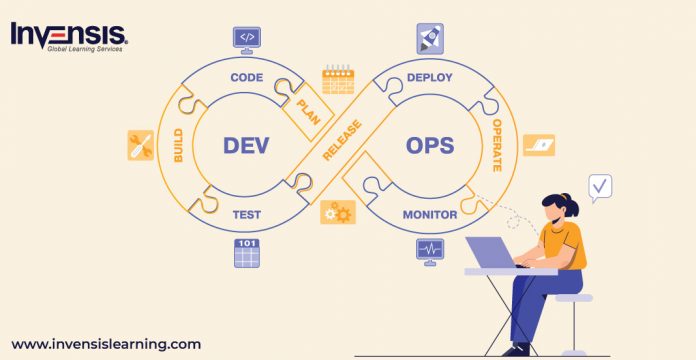 SDLC and release management are no longer nerve-racking jobs for software developers. However, with the steady rise in DevOps release management processes and tools, businesses have begun to capitalize on new techniques centered on increasing the productivity of software developers. In 2018, the growth of the global DevOps market was USD 3,709.1 million.

By 2026, DevOps market is expected to reach USD 14,969.6 million, with a CAGR of 19.1% during the forecast period. This post will go through every idea you should be aware of release management in DevOps. However, before discussing the finest release management approaches, we must first define release management. So let’s get started.

What is Release Management in DevOps?

Now that most software uses the software as a service (SaaS) business model instead of fixed release dates, release management is a constant process that goes on alongside development. This is especially true for businesses that have switched to pipelines for continuous delivery, where new releases happen quickly. As a result, DevOps now plays a big role in many tasks once thought to be the responsibility of release management roles. However, DevOps has not made release management obsolete.

What Role Does Release Management Play in DevOps?

Collaboration is essential for DevOps; thus, release management must be a facilitator. A good DevOps approach requires you to streamline the flow between delivery and operations while coordinating and supporting the delivery team’s release activities.

Advantages of Release Management for DevOps

With the switch to DevOps practices, the DevOps teams now have to take care of deployment. This doesn’t eliminate the need for release management; instead, it changes the most important data points for the new role that release management plays. In DevOps, release management is used to fill the data gap. DevOps includes the planning of implementation and rollback safety nets. However, as part of change orders, release management must continue to monitor applications, their components, and the promotion timeline. Some of the advantages of release management for DevOps are as follows:

Aligning Business and IT Objectives

Modern businesses are under greater stress than ever to produce new products and increase their value to customers. As a result, buyers have grown to expect their software to improve and create new methods to suit their needs. As a result, firms develop an outside perspective to gain insights into the needs of their customers. However, to develop these functionalities, IT must have an inside perspective.

Release management bridges the gap between these two points of view. It coordinates IT work with business goals to ensure the success of each release.

Release management is fundamental to the discipline and expertise of developing enterprise-quality software regularly. The rate of software delivery continues to accelerate and is not expected to slow anytime soon. Because of the rapid pace of change, release management is more important than ever.

The shift to CI/CD and increased automation ensure that the acceleration will continue. However, it also implies higher risk, unfulfilled governance constraints, and the possibility of chaos. Release management promotes an excellent culture to expand DevOps to an organizational level.

Release management employs several ways to reduce the chance of failure. First, testing and governance can catch critical faulty code sections before they reach the customer. Deployment plans guarantee adequate team members and resources are available to resolve possible issues before they affect users. Finally, all dependencies between the millions of interrelated parts have been identified and comprehended.

The release management process flow is fairly simple. It can, however, be divided into six sub-processes that allow release management to be executed effectively, efficiently, and safely to support the flow of changes into the operations environment.

It gives guidance and assistance with release deployment and roles engaged in other aspects of the release and deployment management process.

It specifies the scope and content of releases following release management policies, assigns authorized changes to release packages, and establishes a timetable for creating, testing, and deploying the release.

It is responsible for the actual development of all essential release components, including the issue of all required work orders and purchase orders for vendor-sourced components, as well as ensuring that all release elements are ready for validation and testing.

Manages the deployment of release components into the live production environment and the transition of documentation and training to end-users and operational staff.

It entails formally concluding release operations, ensuring that all documentation and records are up to date, and communicating release outcomes and feedback to project teams.

Plutora offers an on-demand Enterprise IT Release Management software package to assist enterprises in releasing their products. It is low-cost software that provides a centralized source of information on the environment and release management. As a result, it aids in resolving environmental conflicts and provides management with a single source of truth. In addition, Plutora accelerates and improves application delivery speed and quality by correlating data from existing toolchains, coordinating delivery across a diverse ecosystem of development methodologies and hybrid test environments, and incorporating test metrics gathered at each stage of the delivery pipeline.

XL Release is a complete pipeline automation platform for Continuous Delivery and DevOps teams. The program is a workflow manager for the marketing, documentation, project management, and deployment scripts that all work together to create a new major version. It can occasionally be used for minor releases but with cross-team coordination.

Octopus Deploy is a tool for automating the deployment of .NET applications. It is really simple to install, with the option of installing on a server or an Azure instance. Octopus Deploy also collaborates with your build servers to enable dependable, secure, and automated releases of your .NET applications into multiple software development environments (such as Testing, Staging, UAT, or Production environments), whether on-premise or cloud-based.

Clarive is a tool that simplifies, automates, and accelerates your organization’s release management process. Clarive by CollabNet is an application release management platform that handles all release coordination and deployment automation. It also gives methods and means for managing various environments to assure the speed and accuracy of application delivery for your company and your software product release cycle.

CA Release Automation is yet another Release Management product that manages DevOps initiatives. It is a continuous delivery (CD) solution for enterprises that automates complex, multi-tier release deployments. Furthermore, it is a dynamic application deployment solution that aids in the regulation of application distribution across companies.

LaunchDarkly is another tool that enables software teams to move faster and with less risk. Its goal is to remove all potential hazards for developers and operations teams (both non-DevOps and DevOps) from the software development lifecycle. This is the go-to tool for putting the simple rule from Concept to Launch and Value into action. You won’t have to make any other decisions. Not only that, but it also helps more people than is necessary. The majority of popular programming languages are already covered.

CA Automic Release Automation is yet another DevOps technology that aids in automating complicated business processes, including the necessary infrastructure. This product is intended primarily for the organization’s Finance automation and DevOps areas and is available both on-premise and in the cloud. This solution provides the much-needed agility, speed, visibility, and scalability that Development teams require to respond to the ever-changing technological world.

Following are some best practices to base your release management pipeline:

Specify the Success Criteria for the Release

Release managers must define explicit approval criteria that the DevOps team must follow during releases. This ensures that nobody is left in the dark about the parameters that must be met for a release to be considered successful.

On the other hand, the ideal acceptance criteria are created through a joint effort between product owners, the QA team, and release managers. Furthermore, release managers must leave room for flexibility so that their teams may figure out what works best for their release procedures.

Provide a Seat at the Table for Quality Assurance

They say that too many cooks spoil the soup, but this isn’t true regarding quality. The more eyes are on a product or process, and the more likely its flaws and problems will be discovered. As a result, ensure that your quality assurance and engineering teams collaborate and provide enough input.

Use Automation Wherever Possible

Finally, release management in DevOps is quite important in today’s business. That is why businesses must master the process. Although the approach allows for rapid growth and deployment, it can strain the team. Several best practices are presented in the article to assist firms in conducting seamless DevOps release management. We hope you found all you were looking for in this article.

Do you want to learn about DevOps? We offer the appropriate training tailored to your requirements. Our expert and accredited trainers help you gain the necessary knowledge for the latest industry needs. Join Invensis Learning DevOps Certification Training to super change your career. Following are the courses we offer in DevOps: 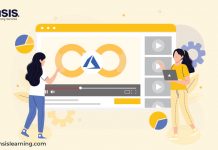 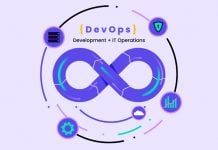 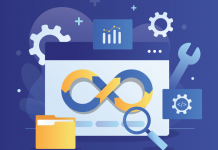 How Six Sigma Helps in Reducing the Waste?

The Role of Agile in the Operations Industry

How to Use the Fishbone Diagrams for Root Cause Analysis