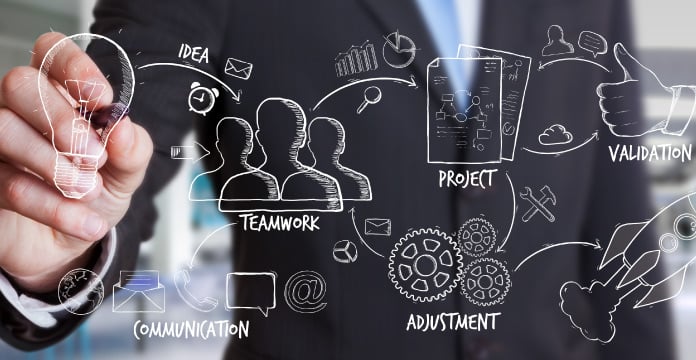 A project manager’s job can be the most arduous job in an organization. It is they who have to create that perfect project plan, initiate that perfect project kick-off so that everybody knows their part in the project. Every project on paper looks articulate and showcases if they follow the project plan, one can finish them successfully. But, real world problems such as delays, bad communication, logistical issues, red tape, finding the right resources all make a mockery of the project that you perfectly planned for.
In fact, industry experts believe there is a growing concern with regards to how we plan our projects. Project’s dependence on major project management tools often takes the plan away from the people who execute those plans into action. Because project management tools rely more on tasks and the timelines in which those tasks have to be performed, it fails to recognize the real world needs of individuals who work on the project. Hence, project management today is not about project anymore, it is about people / individuals who work on the project.

Project management today is not about project anymore, it is everything about interconnectivity between the tool and the people who are working towards it. Traditional PM tools do not rely much towards efficient resource management, but that is where most of the projects get completed successfully. Hence, project management is more about people than project management tools and techniques and other inter-related activities. Get the people on board and then understand the real world scenarios to better facilitate the successful completion of the project which adds more value to the organization.

Global Impact of COVID-19 on Organizations

9 Ways to be productive while working from home